The Conductor: Seeing is believing, but sometimes the most real things in the world are the things we can't see. - Polar Express
Thumbnail Update on Blockchain

To Google, With Love 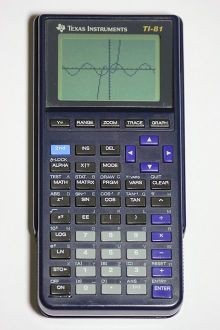 Geoff Anderson, back from a long slumber and posting again on Technology Marketing Center. This time, an article on the New York Times, titled How Google Took Over the Classroom piqued my interest, and as I read it, I was strongly reminded of one of the cases that was central to Chris Halliwell's Strategic Marketing of Technology Products course, the strategy that Texas Instruments used to become the dominant calculator of mathematics classes.

As a reminder, in the late 1980’s, Texas Instruments was a major player in the manufacture of semiconductors (chips), and hadn’t yet stumbled on their niche of DSP’s. However, they had clever engineers, who build calculators. Quality calculators, they used algebraic entry, and they struggled against the engineer and scientist preferred calculators made by rival HP.

In an effort to set classroom "standards", the TI business managers began working with the textbook publishers to develop a curriculum for students that used the TI–81 graphing calculator. Fast forward, this collaboration with the textbook writers began a revolution, that led TI graphing calculators to be required equipment. This tight link to the mathematics curriculum resulted in strong growth of revenue, as well as creating a generation of engineers and scientists who are now thoroughly comfortable with the TI algebraic input. HP never recovered.

The article in the NY Times recounts the Google path to penetration and domination of the educational market for technology. Beginning with an almost accidental deployment at ASU in 2006 of Gmail to replace the university’s email infrastructure, it was popular and well received.

From there, a concentrated effort, directed at universities expanded the reach of Google within education, but the real genesis moment came in 2012, when a teacher in the Chicago Public School District bought a few accounts to Google Docs to use in her class for students to collaborate. Starting a revolution in education, this was noticed by both Google and the School administrators, and Google Classroom was born.

A product completely focused on education, web accessed, cloud based, and increasing its reach within the ecosystem of education, Google has done an admirable job of penetration, and innovation within the space, working to both increase the adoption, navigate thorny regulatory issues (there are reasons for thick books of regulations for public schools), and when coupled with the “thin” client of the Chromebook, it is a powerful, cost effective technology play for the classroom.

Today, more than 30 million primary and secondary students use Google apps and Google Docs in school, a phenomenal deployment in a mere 5 years from their breakthrough into the educational market.

The Lesson: So Long as We Learn, it Doesn't Matter Who Teaches Us, Does it? 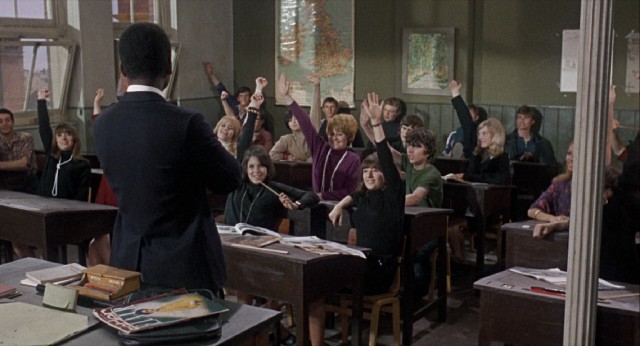 Google rose to this position of power with a little bit of luck (a visionary teacher doing something outside the box), with a leadership structure that encouraged such risk taking, and bountiful talent to continually evolve a product to address the minute needs of the market.

It is the classic “establish a beachhead, expand your footprint, and look for tangential segments to pick off” strategy. Google led with software and capabilities, rather than hardware or expensive licenses, listened to their audience, and quickly built a formidable product offering, a true Whole Product Strategy, and one that is difficult for the other major players, Apple and Microsoft, to combat with their business models. Today, Chromebooks are the #1 electronic device sold to K–12 classrooms, knocking off Apple who began their domination of classrooms in 1978.