The world ain't all sunshine and rainbows. It's a very mean and nasty place.

Christopher Parks here with more from the trenches for the Technology Marketing Center, this time on innovation, and the obvious antidote to technology for its own sake. 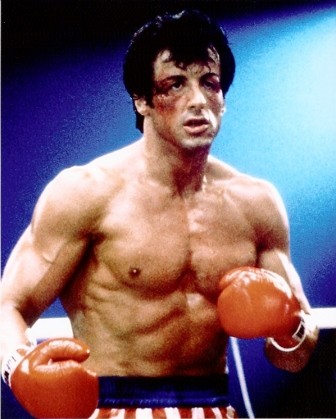 Yeah, I started an article on innovation with a quote by Rocky Balboa. It is not meant to be a tongue in cheek take on innovators or what innovation is all about, but a very harsh reality. Consider for a moment that Forbes reports that 90% of new startups fail. Fortune magazine declares that the number one reason is that "They make products no one wants.” Combine this with the 5th and 6th reasons on the list "Pricing/Cost Issues" and  "Poor product" and that represents 77% of the reason that 90% of businesses fail. I can hear the naysayers now claiming "But you are talking about startups, we have an established business that has strong distribution channels and brand loyalty." To you I can only say that this applies to anyone innovating and maybe even more so to you. 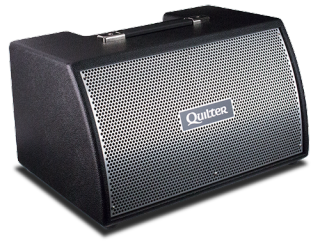 I have enjoyed the privilege of working for one of the pro audio industry leaders (QSC Audio, LLC) and played a significant role in developing products that have been the hands down winners in the retail product category.  I have also worked as CEO of a small startup (Quilter Labs, LLC) and having lived on both sides of a strong channel or lack thereof I have seen the effects of innovation in all its beauty and relative ugliness. Innovation can be the most incredible boost to a company's revenue and bottom line for that matter, and it can also be so relentlessly pursued that it kills a company in a quest to make a product or solution that isn't really needed in the first place.

It is funny that every time I write an article for the Leader's blog I wind up writing it on the eve of some major development. This one will be no exception. I write this as we are about to launch an innovation for guitarists. Today we launch the Frontliner 2x8W. As I have mentioned previously, if there was ever a market that did not like innovation, it is the guitar amplifier market. You would think by now that we had learned our lesson and would give up attempting to innovate, but here we are again. Although this time we did a few things a little differently.

A story of taking your punches

Here at Quilter Labs, our early attempts at innovating product were diffuse, and scattered. Although we did in fact have nearly 60 innovations, we missed the mark at some of the more important expected requirements of our product. It is not uncommon to find me reminding everyone, "We are in a fashion market." Our early product, although incredibly useful, had an appearance that did not necessarily win over a very conservative market rooted in tradition. We may have tried to hard to be different and that different was not necessarily winning people in droves. They either loved it or hated it. There weren't many customers in the middle of the road. We tried a one two combination by following our initial release with a more classic looking amplifier but even that did not change the game for us. I remember the feeling of lying on my side over one Christmas break wondering what on earth I had done with my career and my life. I felt like everything we tried just couldn't achieve traction either with dealers or customers.

Lessons learned from a past life

But this tale is more than just a tale of woe. As I mentioned, previously I worked at QSC Audio as a part of QSC's strategy team. QSC was looking to enter into an adjacent market. One where they had a competitive advantage with which they should be able to make some serious hay. Powered loudspeakers! Putting power amplifiers right into a speaker was an enormous advantage to QSC who already possessed the lion's share of the power amplifier market. But QSC had faltered a few times entering into the loudspeaker market. They had developed a few product lines in adjacent market segments that just failed to be the serious advantage QSC needed to be considered a serious contender.

QSC sought help in the form of a consulting team. (Pay attention here. Failing to get help is one of the reasons that businesses fail.) As a major resource on QSC's side, I was point leader to build a team to fly around the US and get in the faces of dealers to identify what the expected requirements were, and to understand how they measured success.  We talked to installers, retail dealers, DJs, and end users.  We got something rare in our attempt to innovate in a market hotly contested by competitors earlier to the party:  we got clarity on what early entrants had done wrong and what our opportunity might be.  This clarity focused engineering and helped marketing create a winning pitch.  The results?  To this day QSC's K Series is the number one selling product in the retail pro audio speaker space. 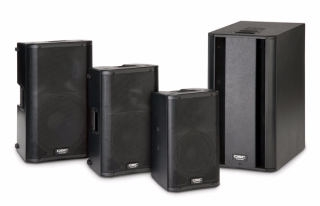 The QSC-K-Series identified what the table stakes were. Learning to quantify how they measured success were not just "nice lessons" but they became the battle cry as we stood up to take our punches.

"Now, if you know what you worth, go out and get what you worth. But you gotta be willing to take the hits. And not pointing fingers saying: You ain´t what you wanna be because of him or her or anybody. Cowards do that and that ain´t you! You´re better than that!"

A lesson learned, and then repeated

Having spent some time growing our business here at Quilter Labs, we realized that innovation does not lie truly in the hands of our own cleverness. Far from it. It is reliant on the people who use the products, the people who sell them, and perhaps more importantly their loyal support as they help us to establish the metrics that they use to measure success at their gigs, at their stores, on their spreadsheets, and ultimately in their lives. We were privileged to be surrounded by a great many serious professional users who were happy to share with us their problems and how they tried to overcome them.

Ideas came flooding in, but one in particular stuck. It initiated with a conversation with one of our artists who shared his woes at having recently flown overseas having paid $150 to heft his bulky guitar head. On the return trip they asked for $300 to ship it. $300 of course is exactly how much he had made on the whole tour! Of course they would be happy to take care of it if he left it there at the gate. But this was an irreplaceable vintage guitar head. Not gonna happen! So he went home broke, but whole. He pleaded with me to find a solution for a "daily driver" that he could take to Europe in his gig bag. More importantly we took the time to perform a full assessment of customer needs, clearly identifying the expected, augmented, and differentiated. 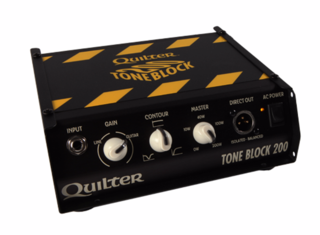 So now more than ever we continue to reach out to them employing the voice of the customer techniques we learned when at QSC Audio. Just recently we hosted a rather surprisingly large "sit in" at our laboratory where we invited our trusted friends and those whom we consider to be our trusted advisers to come to the shop and see what we have been working towards. They showed up and spent some time working closely with us, reviewing the products, talking about how they use them in the real world and more importantly shared where we were missing the mark. It is powerful. Speculation is gone. Questions on what and how to innovate have clear and powerful answers. Our team is on-board together. 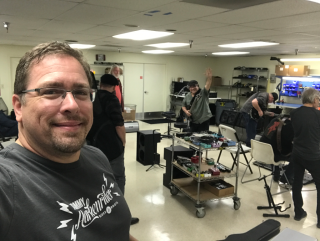 It doesn't matter whether you are innovating in a startup or a well established company make your customers the forefront of what you do. Make them your obsession. Study them, work with them, put them at the heart of what you do. The reasons for innovation will become clear quickly thereafter and for goodness sake don't innovate for the sake of innovation, do it for clear and concise reasons you have discussed in depth with your customer!