This is Judi Uttal signing back in for Technology Marketing Center. 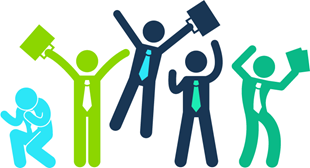 Since my last blog I have transitioned to a new organization, where the go-to-market is no longer direct to end users but through an OEM channel. In this new organization I report to the head of sales. Although I always considered sales satisfaction a critical success factor, the juxtaposition of being in an OEM-driven and sales-aligned organization makes my priorities clear. How does marketing make sales most successful?

Getting a Baseline Sales Support Score

Throughout my career I have developed specific tools of the trade. One of the most successful devices has been the sales enablement survey. I use the sales enablement survey to query sales on the importance and satisfaction with the basic marketing deliverables. The fundamental survey organization includes demographics of the sales person, satisfaction/importance question, with some space for comments. I implement the survey using SurveyMonkey. Below is a sample of the importance/satisfaction question. Importance responses include very important, important, somewhat important, and unimportant. Satisfaction responses included very satisfied, satisfied, somewhat satisfied, and unsatisfied.

Thus far, I have run the survey twice. In the first iteration, I learned that the top concerns were sales training, sales presentations, and competitive data based on the marketing deliverables where the importance was the highest and the satisfaction the lowest. Leveraging this knowledge, I was able to focus resources on these key areas. For example, we ran bi-monthly sales training, built and maintained sales presentations, and started a competitive arsenal.

I reran the survey the following quarter. After 3 months, the satisfaction levels for training, presentations, and competitive jumped by (48%, 107%, 72%) respectively. Satisfaction also increased in the other areas of investment. Note that in the second iteration of this survey we teased out difference in end user, channel and OEM awareness. Overall, importance did not change between these two periods. We added a trend question on whether marketing was getting better or worse. 65% stated that marketing was getting better. Below is a comparison between these two periods showing the relative satisfaction with marketing deliverables.

Of course as sales gets used to a certain level of quality, scores will vary. In the short run I have found that importance stays rather consistent. In the long run, importance drops as the levels of execution are taken for granted, and memories of the past fade.

The benefits of a sales enablement survey are multifold.